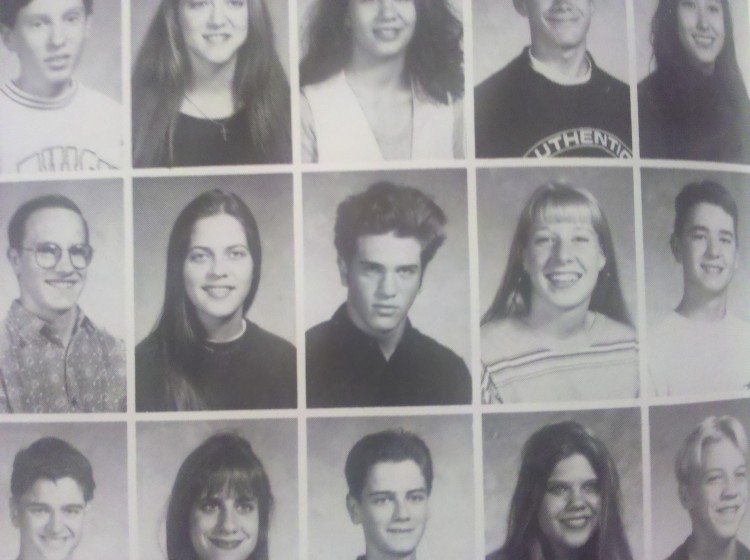 Junior year of high school, when the author (center row) was apparently very serious about his hair.

First was the cabdriver in Philadelphia, the one with the thick Eastern European accent. I saw him keep looking back at me in the rearview mirror.

“This,” he said, waving his hand around his own head like a whirling halo. “This is brilliant. Is for the women, yes?”

“You shave the big head to make them think of little head, yes?” he said, more excited than I thought he should have been. “Is brilliant. Brilliant.”

No, I said. Never occurred to me. But thanks?

By the way, he had a giant mullet. Wonder whether he still does.

Then there was the woman on the street. Random woman, random street. She was middle-aged and black. I was 23 and not, shaving my head already out of growing necessity, as well as my face.

We were on a sidewalk near the grocery store in my neighborhood.

“I don’t want to seem forward,” she said. “You’re a good-looking man, you got a lot going for you, but I just had to tell you. This?”

She did the same hand-waving as the cabbie, but in a sweeping oval around her face.

“This is just too much white.” 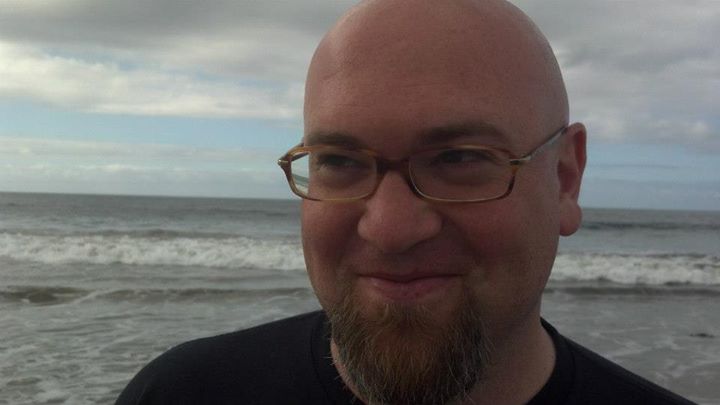 Jacob Quinn Sanders: Too much white?

It’s a good head. Symmetrical enough as things go. I started shaving it in my early 20s. My hair, to that point thick enough no product known to science could hold it slicked back, had made the irrevocable decision to move on. To leave, unapologetically. Having never been divorced from an actual human, I am left to imagine it feels kind of like that.

The first time I scraped a sharp blade across my scalp was transformative. It’s hard to shave something for the first time that you can’t see. A head has angles and contours that are unanticipated. They can be learned, but nothing about them is intuitive. That’s almost its own joke.

But rolled-down car windows. Pillows. Rain. These were things I experienced anew. A mop or crust of hair is a strange barrier to the sensitivity and sensation of which the scalp is capable.

Not long after came the first sunburn. As equally terrible and incapacitating as the breeze or the pillow felt liberating. Never had I felt more like a leftover piece of fried chicken skin.

The thing about a shaved head is there’s no intermediate state. It is either shaved or unshaved.

Both have practical purposes.

At this point, almost 15 years in, I don’t feel fully clean if I haven’t shaved my head. There’s a self-confidence thing, a self-image thing. It fits. It works. I don’t know. Something like that.

But I live in Pittsburgh, which has actual winters. Snow, ice, periodic negative temperatures, and for months at a time.

Actual winters require knit hats. Knit hats slide right the hell off a freshly shaved head. Especially if there’s wind. That’s even more unfair because winter wind is when the hat is most necessary.

A day of head-stubble will give the hat something to grab, but not quite enough. Two days is best. But by the second unshaved day I really just want to shave my head again.

A shaved head is also dangerous in the wrong bar. Too many bachelorette party checklists require either the rubbing or kissing of a shaved head.

Goes like this: A drunk young woman comes up behind you. It’s usually from behind. There’s a tap on the shoulder or a tug on the sleeve.

“My friend wants to know if she can kiss your head,” she says.

Ah. Right. The woman with the tiara and the penis-pasta necklace and the glitter wand and the veil and the fitted cap-sleeve T-shirt that has “BRIDE-TO-BE” or some such airbrushed across the front. How could I have guessed.

So I have this goatee. Sometimes it’ll try to win at Risk and become a beard. But mostly a goatee. In my house it’s required.

I’ve known my wife 11 years. I’ve shaved it off twice in that time. Once when I was in front of the bathroom mirror on a Saturday and started wondering what I looked like without it. I first grew it maybe a year, maybe two after my encounter with Philadelphia sidewalk lady. This was a few years after that.

Off it came, razor stroke by razor stroke. I walked out of the bathroom and my wife came around the corner in our Portland apartment. 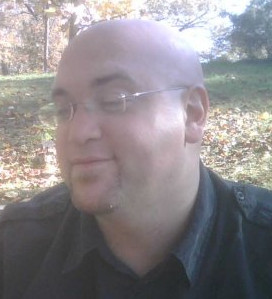 The second time was for a Halloween costume. Something about Daddy Warbucks. I don’t know. Not my best idea.

By this point we lived in Little Rock. A few years had gone by since my last full face-shave. I figured I‘d try again.

The next year for Halloween, I was Julia Child. I found a wig, a blouse, costume pearls, a skirt, an apron and Crocs.

The goatee stayed. My wife insisted, even with me in drag.

Finally I asked her to explain what didn’t work for her.

“It’s true,” she said, waving her hand around her face. “Without it it’s just too much white.”

Jacob Quinn Sanders is a reporter and editor with a burgeoning coding addiction. He’s lived kind of everywhere. He loves cocktails, Dungeness crab, baseball and a smooth, smooth pate.
*
Editor’s note: My connection with Jacob goes back to a journalism job fair, when I was representing The Oregonian and he was an up-and-coming student journalist at the University of Nevada, Reno. We’ve stayed in touch as he’s moved here, there and everywhere for better opportunities. He’s a helluva writer. I have to confess, though, I have only a fuzzy notion of what he looked like with a hairy pate.
Tomorrow: “What I learned from a mountain gorilla” by Angie Chuang

18 thoughts on “Too much white”